VI Port Authority; so much potential- so little progress… 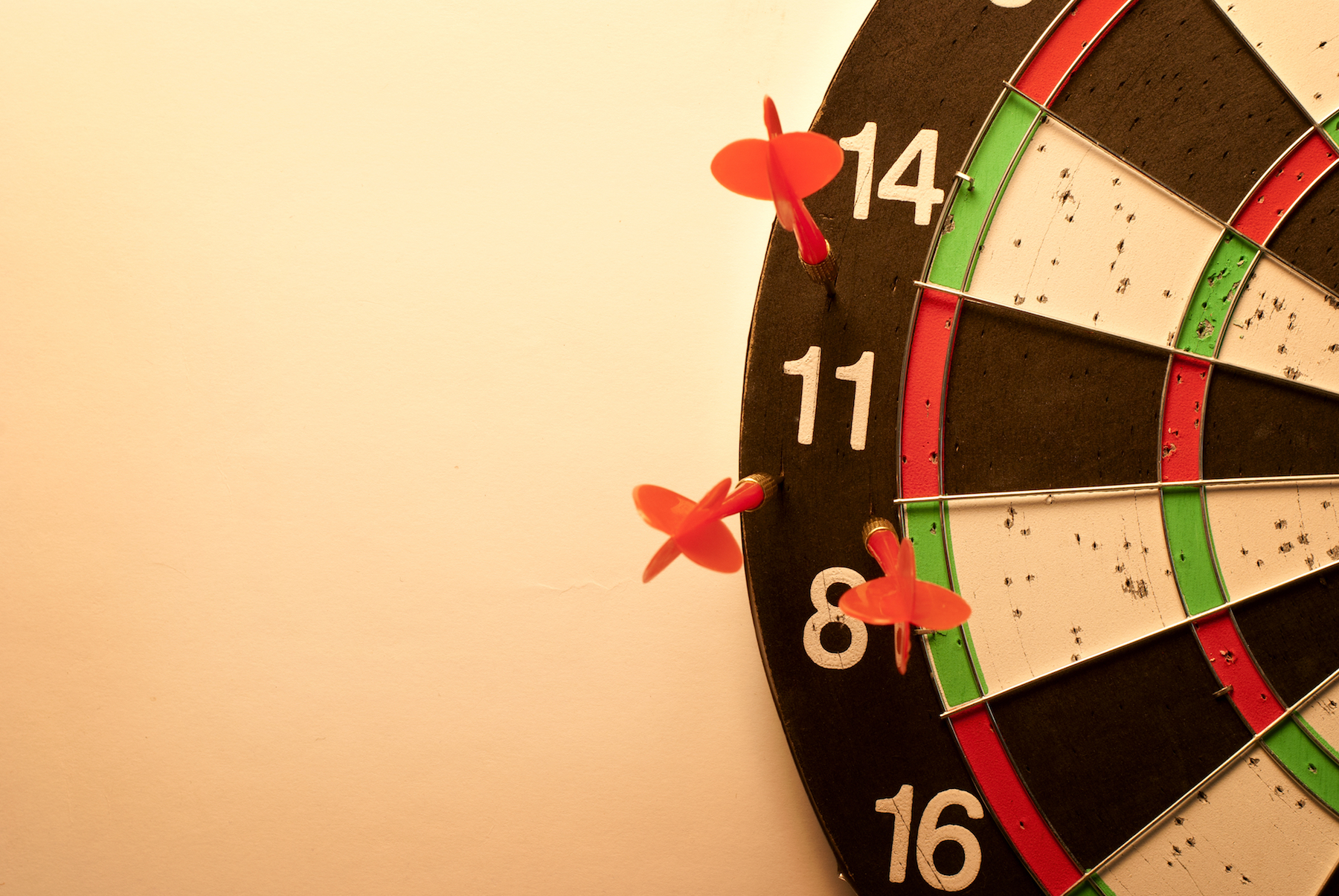 The forthcoming change in leadership at the Port Authority opens the door for re-engaging the Authority’s mission of providing gateway access to the Territory and functioning as an important engine of economic development for the Territory.

The retiring Executive Director’s tenure is memorable for the turnover in senior staff that has occurred with the knowledge and undoubted concurrence of the Board of Directors.

The role of any Board is to give direction to the organization’s mission and to shield that mission from the politics of the moment, which distracts and dissipates institutional energies and resources.

The loss of experienced staff and with it associated institutional memory now severely limits the Authority’s ability to function as an effective engine of economic development.

Established in 1969 to own and operate sea and airport facilities, the Port Authority provides gateway services by facilitating the movement of passengers and cargo within and to points outside the Virgin Islands.

Spending approximately $80 million annually and owning facilities valued in the hundreds of millions of dollars, its facilities and operations ‘touch’ all who enter or leave.

Its bond financing and leasing powers along with its surplus lands are leverageable to develop commercial and public facilities that can simultaneously advance its mission and the Territory’s economic well-being. The location of its facilities and the user demand for those facilities makes it possible to drive economic activity to businesses operating in its greater footprint. And, for those businesses, the Authority’s transportation partners make distant markets readily accessible.

All of these attributes when packaged correctly are incentives that can attract outside investment to the Territory, contribute to the growth of local employment and add to the Territory’s gross domestic product.

The Authority has historically attracted and retained a professional staff. Over the past two years, however, the legal counsel, chief financial officer, contract manager, maintenance manager, property manager, retail mall manager, chief accountant, marine manager, both airport managers, chief engineer, federal programs coordinator and human resource officer have all changed. Additional hollowing out of the organization has occurred through retirement.

As such, several key property development initiatives, facility repair and enhancements, and airline user tariff negotiations have stalled or terminated without achieving the desired outcome.

Institutional memory is a critical element of effective management. Knowledge of context, and understandings that underpin past decisions help ensure that similar mistakes are avoided in the future. That knowledge also holds industry partners responsible for commitments and agreements.

Discussion at the June 2018 Cyril King Airport design planning meeting offers insight as to how the loss of such memory complicates project planning and increases cost.

Earlier this year the Governor announced modernization plans for the St. Thomas Cyril E. King terminal and provided an estimate of $230 million for the project. A companion initiative is planned for the St. Croix Rohlsen terminal.

As mentioned by the design firm’s Airport Planner, so compelling is the St. Thomas project that his firm has done the opposite of what is standard practice. They have moved forward with a conceptual design before the financial math is done on what is affordable.

Institutional memory, however, were it available, could inform that much of the math was previously done.

Successive years of annual deficits combine with the Board’s hesitance to raise airline tariffs make this project unaffordable using Authority funds. Concerned about the politics of tariff increases, the Board allows the Authority to be publicly shamed for the condition of its facilities.

The Aviation Division has neither the bonding capability nor the revenue stream that would allow it to obtain an investment credit rating (based on audited financial statements; 2017 is not available on the Authority’s website). And, the Marine Division’s bond investor agreement limits the use of monies from marine activity to subsidize aviation operations.

Should the Federal government fund construction for a project of the size suggested by the Governor, an appropriate annual maintenance budget would not be affordable without making other significant spending cuts. And, absent a consistent investment in maintenance and repair, it is only be a matter of time before the remodeled facility experiences the disrepair of the existing facility.

The airlines have in the recent past resisted raising tariff rates sufficiently to fund major improvements at Cyril E. King. They have also rejected the idea that any agreed on tariff increase underwrite major improvements at Henry Rohlsen before passenger arrivals justify the commensurate spending.

Some form of privatization then is the remaining avenue for coming up with the needed funds. Private equity, however, requires an appropriate return on investment and that is a major hurdle to overcome for relatively small destination airports with limited market reach.

Private ownership brings additional challenges. Ownership interest in large part determines how some available federal funds can be integrated into the project.

Moving forward on the assumption that new facilities will generate increased passenger flow is inconsistent with best practices. Travelers do not visit airports. They visit destinations. A more modern facility will not of itself generate new arrivals.

The current Executive Director has intimate experience with this reality.

In the 1990’s he spearheaded some $30+ million of improvements at the St. Croix terminal. No change in passenger arrivals occurred as a result of that investment. What growth has occurred in St. Croix tourism results from the hard work of the St. Croix community in offering visitors an appealing tourism product.

Attention now focuses on new, modern terminal buildings but these will do little to advance economic development. The more seminal consideration of making the destination more appealing or more vital for commercial activity requires consideration.

Here are just two examples of how the Authority could engage, combining its gateway and economic development mission.

First, consider using its surplus lands to partner with the private sector to develop new mixed-use commercial and or light industrial development.

Crown Bay, St. Thomas, is uniquely positioned for such a development initiative. Its centrality to the downtown area as well as adjacency to the Austin Monsanto Cruise Terminal guarantees a thoughtfully planned development a reasonable flow of visitor traffic. An appropriately scaled project that takes economic advantage of that flow will contribute to revitalizing the area and create a new experience for both residents and visitors. The existing economic underutilization of the area and the reality that much of the acreage is government owned suggests easy assembly of whatever acreage is required for that development at a reasonable cost. On St. Croix, the Authority’s considerable surplus lands adjacent to the Rholsen airport, offers similar development potential. Proximity to the airport is ideal for a venture that takes advantage of existing and stimulates new air links to off-island markets.Second, use whatever available federal funding that may be available for terminal improvements to improve the landing capability and passenger and cargo processing facilities at the airports in an effort to stimulate increased usage.

Unlike other major Caribbean destinations, the US Virgin Islands depends on over 95% of its originating air traffic from the US mainland. Infrastructure improvements, facility enhancements of landing capability, energy efficiency and more robust passenger and cargo processing could increase airport usage, improve Aviation Division finances, contribute to local economic development and provide sufficient funding for modernization and expansion of the terminal buildings over time.

There is now another opportunity to make clear to the incoming leadership that the Authority’s mission must be to provide gateway access and proactively promote an economic development agenda. To accomplish this the Board must share a unified vision of how to direct that agenda and deploy the Authority’s resources. This will not exist without considerable forethought and discussion.

With the Board’s support and willingness to run political interference, the new Executive Director can fill the remaining holes in the Authority’s management team with individuals capable of executing on the dual mission of gateway services and economic development.