V.I. cannot shrug off yet another massive economic crisis; we must soon assess Cuba’s threat, then develop strategies 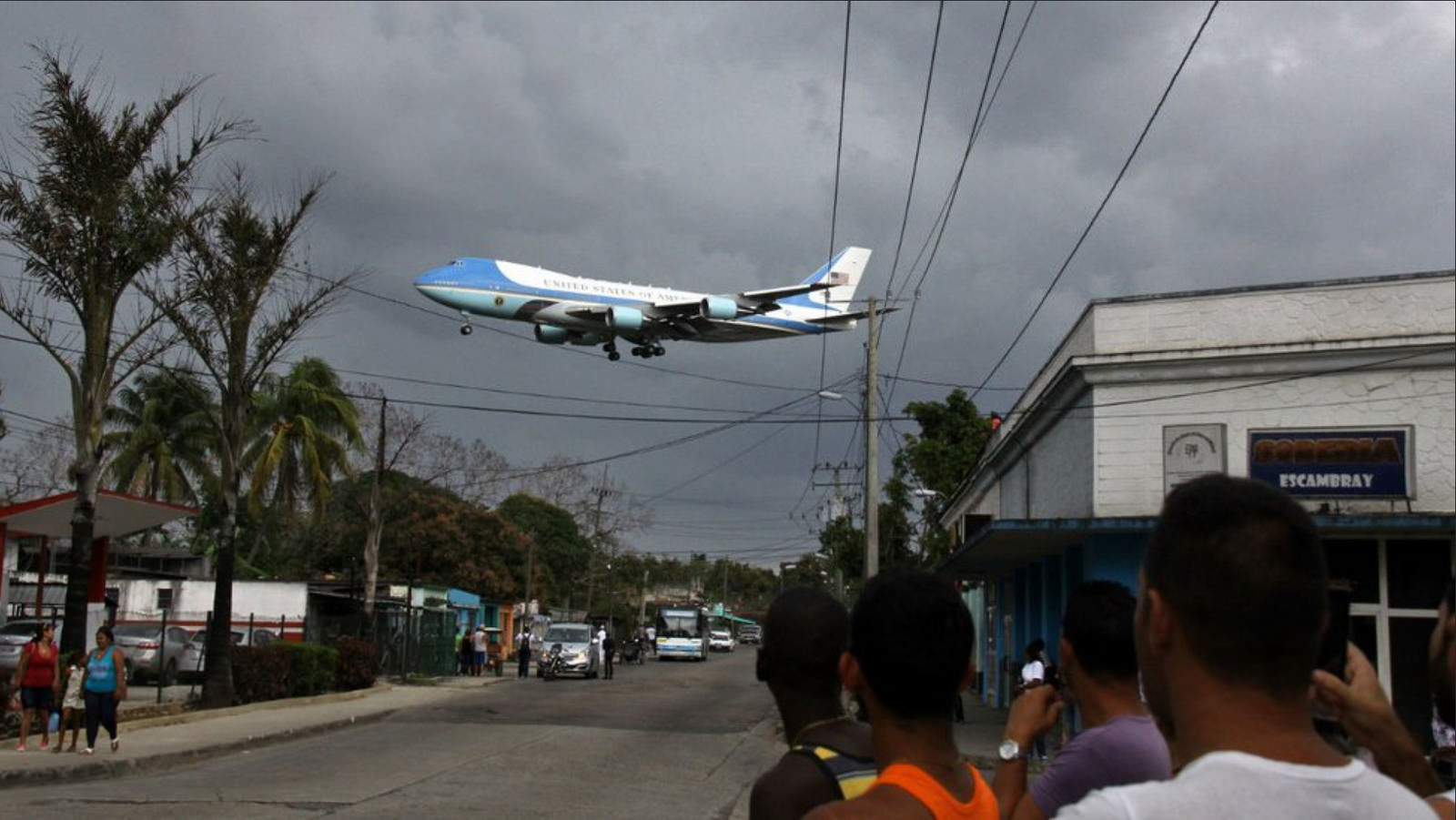 The following is a statement submitted to the V.I. Senate Committee on Economic Development, Agriculture and Planning hearing Monday, September 28, 2015 to discuss the impact the reopening of Cuba will have on the Virgin Islands economy.

My name is Justin Moorhead, and I am the Managing Director of Virgin Islands Capital Resources, Inc., a 501(c)3 nonprofit entity with a community economic development mission. VI Cap has been involved with issues of entrepreneurship, economic and community development in the Virgin Islands since 1997.

In November, VI Cap will sponsor a breakfast round table on the subject of the impact of Cuba Normalization on the smaller economies of the Caribbean at the Caribbean Central American Action conference in Miami.

In 2016, VI Cap will host a symposium that brings together thought leaders from institutional organizations and research institutes to discuss the multidimensional impact an economically normalized Cuba economy will have on the Caribbean region and specifically the US Caribbean communities. This is a timely and pressing subject matter with implications to the economic and community life of theVirgin Islands.

What are needed are an accurate and informed assessment of the impending challenge Cuba represents and the development of responsive and implementable strategies, which address the potentially disruptive influence of a normalized Cuba.

The exploration, understanding, and application of best practices employed by others faced with a similar disruptive event can point a way forward and assist in the developing of strategies that mitigate impact and achieve desired outcomes.

There are no negatives associated with this approach. Having a thoughtful strategy designed to achieve desired outcome strengthens economic and societal resilience, and positions the Virgin Islands community to remain competitive and thrive regardless of the challenges encountered.

The success of the Cuban revolution in 1959, the overthrow of Rafael Trujillo of the Dominican Republic in 1961 and the ensuing political instability and the U.S.-imposed Cuban Asset Control Regulations in 1963 all contributed in no small part to the speedy reorientation of the Virgin Islands economy away from agriculture to tourism, professional services and manufacturing.

Exponential growth in the number of visitors made possible the V.I. gov- ernment’s increased spending on manpower, services and infrastructure. Foreign investment in commodity processing facilities, coupled to an immigration of workers who staffed the changing economy produced the V.I. economy as we have known it for the last 50-plus years. Much of the credit for this change is a result of the economic dynamics set in motion by the Cuban economic embargo.

President Obama’s initiatives, begun last December, will hasten a normalized relationship between the United States and Cuba. As beneficial as this policy change is, it will be disruptive to the V.I. economy. Disruptive events alter the existing norm. The past is no longer indicative or predictive of the future. Disruptive events, however, need not be negative.

Cuba’s disruptive impact will be experienced throughout the Caribbean and in the Virgin Islands, albeit not necessarily in the short term. It will be felt in the tourism sector; rum production and sales; the orientation and focus of foreign investment; and in the acceleration of migration patterns.

In considering tourism, Cuba introduces a fresh new product into a region where tourism is a dominant economic engine but where the industry is increasingly mature with nominal differentiation among participants.

Cuba’s proximity to the U.S. market, its transportation cost advantage, the breadth and diversity of its potential offerings, and its novelty are all challenges that the Virgin Islands and others will confront.

This disruptive event requires that we look closely at the vitality, diversity, differentiability, professionalism and cost competitiveness of our Virgin Islands tourism product. That brand, the U.S. Caribbean, must be burnished and differentiated from the Cuban product and that of other competitors in the region — who will similarly review and retool their respective product offerings.

Concerning foreign investment, the challenge of opening the Cuban economy to U.S. investment may initially limit the competitive challenge Cuba presents to the region. However, what US/Cuba foreign policy is banking on is that normalization, the inevitable transition of Cuban political leadership, and the aspirations of the Cuban people for economic advancement will lead to the opening of Cuba to U.S. business interest and cross border investment.

China, Myanmar, Vietnam and Iran are examples of this foreign policy at work. Cuba, with its large land area, educated and economically aspirational population and inexpensive work force presents a compelling investment argument to U.S. business interest. By the numbers, the cost of doing business in a more business-hospitable and economically normalized Cuba may offer the potential of over-sized return on investment surpassing that otherwise achievable in many parts of the Caribbean, particularly the U.S. Virgin Islands, with its high labor cost structure and workforce constraints.

Cuba can, therefore, be disruptive in the competition for foreign investment. It is worth considering that 40.5 percent of all capital investment in the U.S. Virgin islands in 2013 occurred in the travel and tourism sector. This type of investment is most susceptible to poaching by another destination sharing similarmarkets, having more product offerings and a lower investment cost structure.

Rum production and sales is another area of concern. The Virgin Island’s rum industry and the Government of the Virgin Islands enjoy distinctive benefit from the return of excise taxes collected on rum sold in the U.S. market. Cuban rum production and quality is well known and diverse. It can challenge market share of U.S. rum sales. The Caribbean Basin Economic Recovery Act mitigates the impact of foreign rum sales in the United States on Virgin Islands Government revenues. However, a loss of dollars associated with a diminution of Virgin Islands U.S. rum production will not offset returns from the excise tax sharing formula of CEBRA. Puerto Rico is the larger beneficiary.

The Virgin Islands and Puerto Rico are large sellers of rum into the U.S. market. Bacardi, the well-known Puerto Rican producer and distributor, enjoys deep historical ties to Cuban rum production. Diageo, the Virgin Islands large producer, will undoubtedly seek to favorably position itself on U.S./Cuban rum sales and not surrender that market to Bacardi or Pernod Ricard.

What occurs in this industry poses particular challenge for the V. I. Government’s budget as the servicing of a substantial amount of the government’s bonded debt is premised on the return of rum excise taxes collected on Virgin Islands rum production and export.

The fourth area of possible impact is increased population migration – legal as well as illegal. Caribbean migration is motivated by opportunities for economic advancement. Migration historically originates from either the smaller or the less economically advantaged OEC states and flows to those island communities perceived as more economically resilient and offering opportunity for personal and family advancement.

Cuba’s economic normalization may well reduce the opportunity for economic growth among countries resulting in increased migration within the Caribbean.

Movement towards Cuba normalization occurs at a time when the economy of the Virgin Islands economy is most vulnerable. The over hang of the Great Recession of 2008 has been slow to dissipate, theV.I. Government annual financial deficits are now systemic, and manufacturing is no longer a vibrant economic sector. Neither the V.I. Government nor the territory’s economy has the resilience to brush off yet another surprise economically disruptive event.

Critical to successfully moving through this period and landing on the winning side of outcomes is an understanding and systematic assessment of the impending challenge and the development of responsive and implementable strategies and policies that achieve the desired outcome.

The foresight to anticipate, define, analyze, and quantify the impact of impending change can alter outcomes, and turn a potentially negative disruptive event into something positive. Moving from analysis to strategy and policy solutions will allow the Virgin Islands to better compete in what will inevitably be an altered regional economic landscape.