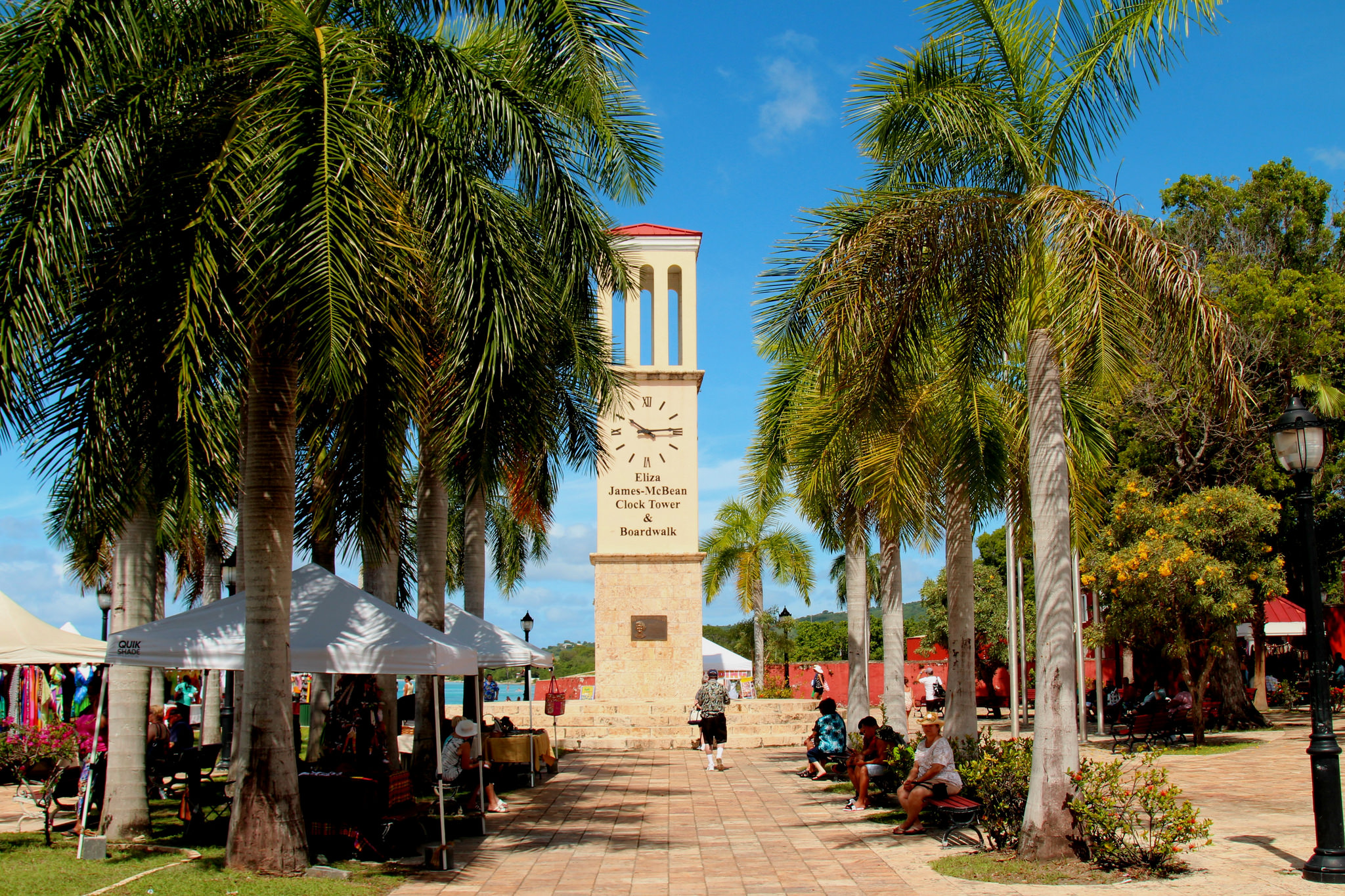 The Virgin Islands economy remains challenged despite the upturn in government revenues and the repurposing of the former HOVENSA petrochemical facility. Visitor arrivals are up but over the mid-term, the tourism sector will face stiff competition from regional players that could undermine recent short-term advances.

The latest statistics from the Bureau of Economic Development highlight the extent of the economic challenge. In 2014, the Virgin Islands economy further slowed though the rate of contraction was reduced. Gross Domestic Product (GDP) shrank by 0.6 percent. Between 2007 and 2014 the loss was 24 percent.

Private fixed investment continued to decline. In 2006 the economy enjoyed an investment of $591 million and registered $285 million in 2014.

The good news is the 5.3 percent increase in air visitor arrivals in 2015. Those responsible for the growth of our tourism sector deserve kudos for this improvement, despite the mounting headwinds. The quality of promotional and marketing activity is note worthy as is the diversification in channels used for outreach. Success in opening a long sought after scheduled transportation link to Europe, regardless of how initially limited, must be applauded.

The Administration has expressed a commitment to diversifying and broadening the territory’s economic base. This will require laser-like focus as well as the roll out of strategies, programs and initiatives, which encourage new business development, strengthen existing businesses, create and retain jobs and attract outside investment.

The commitment magnifies the task ahead. It does not necessarily guarantee success. Previous administrations have similarly devoted considerable time and resources to this effort. Nevertheless, the effort must continue.

Meanwhile we will continue building on our tourism economy in an effort to maximize its economic deliverable. Impending challenges from increased regional competition, specifically resulting from the efforts to normalize Cuba’s relationship with the United States, require this.

Considering our tourism product the need is for a professionally delivered experience that offers a differentiated product to our target market. Limited offerings or a product cavalierly delivered will neither solidify nor grow our tourism offering. In the face of stiff global and Caribbean competition, the likelihood of slippage is extremely high.

The increase in air arrivals is a positive development that can be built on. In the coming months, regional statistics will evidence whether this growth kept pace with similar growth in competing Caribbean destinations. And, it is other Caribbean countries that are our primary competition, though completion from an increasingly global tourism product cannot be overlooked.

Valuing tourism as an important economic engine is critical. Tourism contributes $7 trillion to global GDP, involves 277 million workers and accounts for the movement in excess of 1 billion individuals annually. With a projected annual growth rate of 3.6 percent, the tourism and travel sector will grow faster than the global economy.

David Jessop, director of Britain’s Cuba Initiative, writing in his weekly regionally circulated column called “The View from Europe”, points out that tourism has an extraordinary ability to deliver rapid economic transformation and is the sector that is the most important contributor to economic recovery and long-term growth in many nations.

His January column references new properties, which have opened and or have signed agreements in the Dominican Republic, Antigua, Dominica, Barbados, Cayman, Cuba and elsewhere for the construction of major new up-scale resort properties.

Based on World Travel and Tourism Council statistics, tourism accounted for an average of 14.6 percent of Caribbean GDP in 2014 and is expected to grow by 3.3 percent per annum through 2025. Mr. Jessop points out that this makes tourism’s contribution to the Caribbean economies the greatest in any global region.

Echoing the importance of the sector as an economic development engine, Trinidad and Tobago’s tourism minister, Shamfa Cudjoe, acknowledges the importance of the sector to Trinidad and Tobago’s economic life despite that country’s important energy sector. He notes that a viable tourism sector requires strong partnerships with the private sector and the inclusion and support of the national community. He stresses the importance of regional institutions understanding the political and functional value in working with an industry that has a bright and dominant future,

Barbados reports a growth in long stay arrivals of 13.7 percent in 2015. U.S. tourism, which is also the mainstay of Virgin Islands tourism economy, contributed a 25 percent growth to Barbados’ international visitor arrivals. Barbados’ growth focuses on diversification of their source market as well as expansion of offerings. The island has also focused on growing its high-end tourism product. In 2015 and 2016 Barbados will add 600 rooms to the island’s resort inventory.

Given the Virgin Islands’ significant dependence on cruise tourism, the home porting of MSC Opera in Havana with a passenger capacity of 2,500 offers opportunity for market diversification of its cruise product. If the Virgin Islands can work a strategy with CBP and TSA to expedite port clearing for non U.S. home ported cruises it could open the opportunity to diversify its source market and grow overall arrivals. MSC, the Swiss based, fourth largest cruise line, will increase capacity in the region when it adds a sister ship MSC Armonia to the Cuban market and the region in November 2016.

Though the Port of Havana has certain physical constraints for cruise tourism, Mariel Port, located 30 miles from Havana, financed in large part by the Brazilian development bank, offers a 59-foot draft facility. Ostensibly for cargo, the greater Mariel facility will accommodate the largest of the cruise industry’s vessels.

Elsewhere on the island, the port of Guillermon Moncada in Santiago de Cuba began construction on a new multi-purpose port terminal. The project is being financed with $120 million dollars of Chinese financing.

Carnival Corp. CEO Arnold Donald states that his company’s research suggests a huge pent up demand for the Cuba experience which Carnival and other U.S. based lines will undoubtedly seek to capitalize on once the embargo is lifted.

Cuba continues to move the dial on regional tourism despite its limited access for U.S. visitor travel. In 2015 it reports 3.52 million visitors, up 17.4 percent from 2014. U.S. citizen visits rose 77 percent to 161,000, not counting hundreds of thousands of Cuban-Americans returning to the island on family related travel. By all reports accommodations availability is extremely limited, spurring the Cuban Tourism Ministry’s plans to increase the number of tourist accommodations to 85,000 by 2020.

Cuba’s impact on regional tourism can spill over benefits to other Caribbean countries, if there is strategic thought given as to how best to build on the interest generated by this regional player.

In December Air China initiated a direct flight from Beijing to Havana. China is now the number one source country for international tourism and the world’s largest spender on international tourism. It is the surrounding Asian countries that have benefitted most from this activity. However, today’s reality will not be tomorrow’s. Chinese tourism in Cuba surpassed 25,000 in 2015 and Air China is apparently anticipating that number to grow. Familiarizing the Chinese market to Caribbean offerings will reap dividends for countries that seize the initiative and structure product offering to this new visitor universe.

The Bahamian Ministry of Tourism announced its intent to develop a multi destination marketing agreement with Cuba. Initially the U.S. decision to normalize relations with Cuba was viewed as a threat, however the tourism ministry now sees opportunity and is repositioning to take advantage of the opportunity to expand Bahamian tourism through collaborative marketing with Cuba.

Air China’s entrance into the Caribbean market and the Bahamian strategy portends opportunities for both Cuba and the Bahamas. It leverages the significant investment Chinese based companies have made in the Bahamas.

China’s Exim Bank financed much of the $3.5 billion investment in the Baha Mar Ltd. Resort and Casino. China Construction America, the U.S. subsidiary of China State Construction Engineering Corporation, owns the British Colonia Hilton Nassau hotel and has a “master plan” for redeveloping downtown Nassau. Hutchison Whampoa, a conglomerate from Hong Kong, owns the large container terminal on the island of Grand Bahama as well as 50 percent of the Grand Bahama International Airport and Freeport Harbour and manages both facilities. It also owns Grand Bahamas’ largest resort property, the Grand Lucaya Hotel.

Other Caribbean destinations will build off this and other initiatives that increase visitor traffic to the region because of this kind of strategic and collaborative effort leveraging Cuba’s tourism initiatives. These efforts, however, require thought to best align competitive advantage with market opportunity. What is certain is that a reliance on market formula, which may have produced benefit in past years, will not suffice to address the challenges of new regional competition and positioning.

The Virgin Islands’ tourism product can indeed be that driver that reinvigorates the economy and allows sustained recovery from the economic contractions of the past seven years. Using tourism’s ability to deliver long-term growth as well as to contribute to economic recovery requires redoubling our efforts to strategically differentiate and deliver a professional product. Doing so will enhance the competitiveness and sophistication of that product and contribute to insulating our tourism industry from the competitive forces at play in the region and globally.