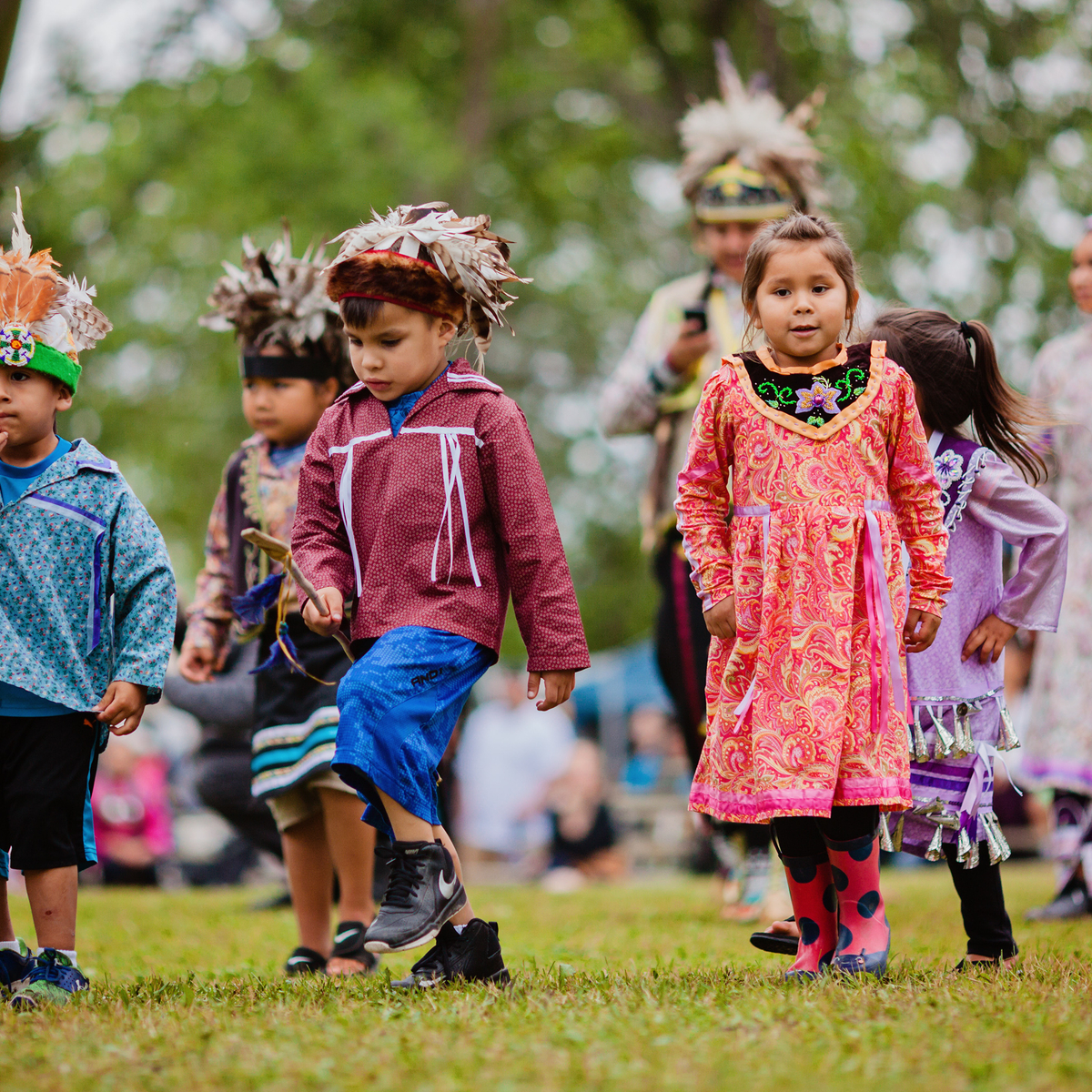 For most communities of color, poor health is a major consequence of oppression.

Poverty and the inability to afford quality health services are a critical factor in deteriorating health among these communities. However, research continues to show that a crucial element affecting health is the loss of language and cultural identity. These factors have significantly impacted the poor health statuses of Native Americans in particular, who have some of the worst health outcomes of any racial group in the United States, as Whalen, Moss and Baldwin write in their article “Healing through language: Positive physical health effects of indigenous language use.”

The National Education Telecommunications Association (NETA) documentary, Finding Refuge, discusses many of the driving forces behind the mental, emotional and spiritual health issues from which Native people suffer. The film centers on Isabella Blatchford, an Alutiiq woman who seeks to understand her cultural heritage before losing her battle with breast cancer.

In the film, both Isabella and fellow Aluttiq, Sven Haakanson, who Isabella meets during his term as director for the Alutiiq Museum & Repository in Kodiak, describe the shame, anger and humiliation they’ve experienced their entire lives. Sven discusses how Native people have become numb from the trauma of genocide, of losing so many of their own people and culture. Furthermore, Isabella and Sven touch on how negative stereotypes of indigenous people, such as a lack of intelligence, contribute to low self-esteem.

In “Healing through language: Positive physical effects of indigenous language use” by Whalen, Moss and Baldwin and “Intersections: Indigenous Language, Health and Wellness” by Shoukia van Beek, the authors conclude that the significant damage to mental, emotional and spiritual health caused by grief, despair and shame manifests in physical health issues. Depression, alcoholism, drug abuse, eating disorders, heart disease and other chronic diseases are highly prevalent among many indigenous communities.

The study above, referencing a multitude of sources, suggests that poor mental health contributes to higher suicide rates, and poor health overall results in shorter lifespans among these communities.

Alex Shugak, Sr., an Aluttiq man who accompanies Isabella on her journey, remarks that his community has seen people “come and go” their whole lives. Isabella’s husband, Gary Blatchford, also acknowledges that “a lot of [Isabella’s] relatives died early, had these horrific lives.” As such, ongoing loss in Native communities continues the cycle; the trauma of losing their own people is not purely a historical or ancestral one – it is still occurring.

So, how can this cycle be broken? How can the healing process begin?

We can start by regaining the cultural identity that was lost. This can be done through the revitalization of indigenous language, the teaching of indigenous knowledge and putting that knowledge into a living context. In this article, we will explore the primary ways in which language revitalization can benefit indigenous communities, and how these benefits can be achieved.

One way that revitalizing language can stimulate community development is by reinstating the rich knowledge systems of indigenous people.

As written by Whalen, Moss and Baldwin, Beek and Justin Giovannetti “Revival of endangered aboriginal language empowers speakers in Yukon,” the forced assimilation, the banning of aboriginal languages and numerous structural forces from the education system to the health system, have contributed to the critical endangerment of indigenous languages worldwide. Furthermore, the treatment of indigenous people and the resulting shame only contributes to the suppression of these languages. As Isabella put it, the desire to “be removed from the stigma of being Native” deters many people from learning to speak their Native languages.

This results in not only a loss of language, but also loss of culture and knowledge. Because there isn’t a significant written history for many First Nations, languages dying out means the knowledge and stories of these people also dies out, as discussed in Giovannetti’s article.

In Kat Eschner’s article “Four Things That Happen When a Language Dies”, the author references Parama Basu, author of “What Happens When a Language Dies?” for National Geographic. Basu writes that “Each language is a key that can unlock local knowledge about medicinal secrets, ecological wisdom, weather and climate patterns, spiritual attitudes and artistic and mythological histories.”

In “Finding Refuge,” Isabella and Sven recall that the Aluttiq people have survived for 7,500 years and thrived on their own, with a highly complex language, skills and resourcefulness. They had acute knowledge of their environment and were able to find all the materials they needed to survive completely on their own. However, Sven says that “in the past 200 years, we’ve nearly had all that knowledge erased.”

According to Beek and Giovannetti’s writings, language is necessary to pass down this vital knowledge, which can positively impact communities in a multitude of ways, from improving health through greater knowledge of effective cures and treatments to empowering Native people and strengthening communities.

A study by Attakai Coe referenced in Whalen, Moss and Baldwin’s article suggests that there is a positive correlation between ancestral language use and wellness. For example, a survey by Coe of residents of the Hopi reservation found that those who spoke their heritage language were more likely to “practice Hopi behaviors to keep healthy.” In California, a study by Hodge & Nandy as referenced by Whalen, Moss and Baldwin found that those who could speak their ancestral language were more frequently classified in a “good” wellness group than were those who could not.

A review of the writings referenced in this article suggests that the conquering of Native people and forced assimilation has resulted in a culture of shame and inferiority that goes back for generations. But, by regaining cultural knowledge and identity through language recovery, indigenous communities can begin to reverse this effect.

Shoukia van Beek writes in “Intersections: Indigenous Language, Health and Wellness,” “If negativity is rooted in culture loss, turning back to tradition, culture and language is a form of healing.” Similarly, in “Finding Refuge” Isabella concluded that learning the history of her people – their strength, courage and intellect – has allowed her to feel pride in being Native.

Just as suppressing Native culture has weakened and depleted many Native communities, fostering and encouraging that culture can strengthen and invigorate these communities. As the various sources we’ve looked at in this article suggest, introducing younger generations to their Native language, culture and knowledge can empower and propel them toward success, building a better future for all generations.

Evidence of the positive effects of indigenous language use on both self-esteem and success is abundant. A study examining high school graduation rates found that Nāwahī, a Hawaiian language immersion school, has a 100% graduation rate (Wilson, 2012), compared to 70% for standard schools (Kamehameha Schools, 2009). Several other studies referenced by Beek in “Intersections: Indigenous Language, Health and Wellness” have found that language immersion is connected to positive school outcomes and academic achievement. Findings from Taylor and Wright’s studies of Inuit children, referenced by Beek, show that early heritage language education can positively affect “personal and collective self-esteem.”

Based on the above studies, language revitalization can improve health by stimulating greater mental, spiritual and emotional health. Additionally, wider usage of indigenous languages can contribute to greater health by enhancing access to health services and making those services more effective for indigenous speakers.

Oppression of indigenous languages in the health sector has contributed substantially to poor health among Native peoples. For instance, as referenced by Flood and Rohloff in “Indigenous languages and global health,” in Guatemala, health care is solely delivered in Spanish, the colonial language. Thus, Mayans are either unable to access services or forced to shift their language, which perpetuates the cycle of poor health. Even if Native people are able to understand their health care providers, the negative effects of eradicating cultural identity and language greatly impairs the efficacy of the treatment.

Along with ancestral language, the knowledge that accompanies language can be highly valuable in health services. Referencing a study by Berry, Crowe and Dean, Whalen, Moss and Baldwin found that “a return to native spirituality has been shown to improve treatment results, an effect that could be expected to increase with the inclusion of the ancestral language.”

As the above papers indicate, developing and delivering global health programs using indigenous languages can alleviate the structural forces that underlie language loss and bar access to health services. Furthermore, investing in Native language programs can allow indigenous communities to restore and rejuvenate their cultural identity.

By reinstating Native cultural identity, physical and communal health among indigenous populations can be vastly improved, thus facilitating an end to the cycle of loss and grief, and enhancing community well-being and development.