Puerto Rico’s Debt Crisis and What to Learn From It 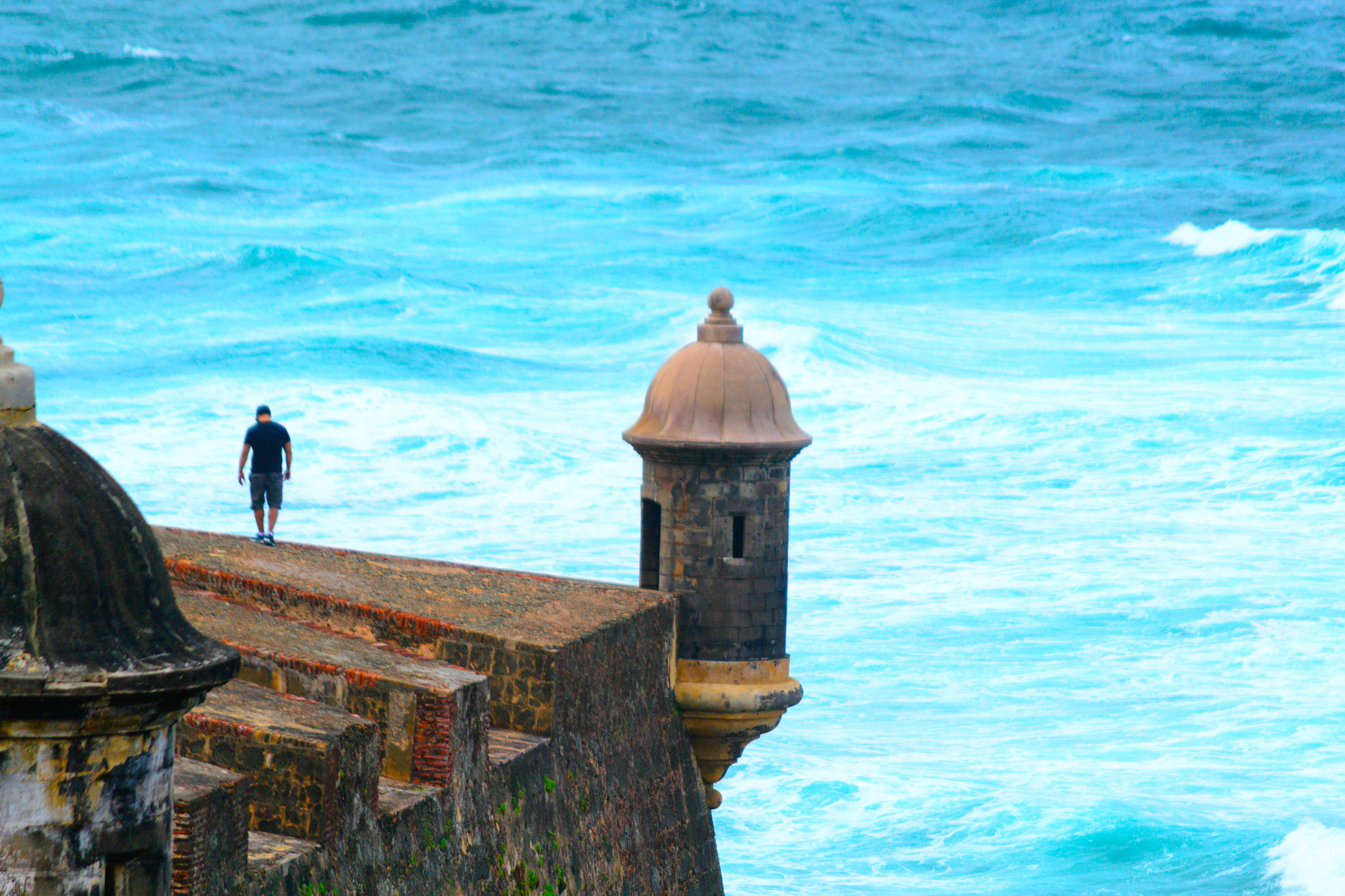 Forty years ago when I began my career in public finance I learned that investors invest in state and municipal debt where there is assurance of sufficient and timely repayment of borrowed funds.  Beyond that, it was explained, all else is marketing to achieve the lowest interest cost on borrowed funds. Strip away the legalese as well as the structuring and the marketing, all-important elements of any financing, the essence of attracting investor interest is the promise to repay in a timely and sufficient manner. When that fundamental prescription is not assured the investor will not invest.

This places the Sturm und Drang surrounding the Puerto Rico debt debacle in context.  Commonwealth general obligation debt is a senior obligation of government.  Its repayment takes precedence before other government payments including the funding of essential government services.  An inability to pay or the likelihood of delays in paying is what focuses national attention on the unfolding economic and financial crisis in Puerto Rico.  Absent the debt crisis, Puerto Rico’s inability to fund essential government services would not receive the national attention it now receives.  It is the $70+ billions of investor funds at risk of not being paid in a timely and sufficient manner that is the focus of policy and media attention. It is this same consideration that focused attention on Detroit’s financial problem.

There are teachable lessons worth considering.  Puerto Rico’s problems are decades in the making.

In the early 1980’s as an investment banker working with the Government Development Bank of Puerto Rico I was surprised by the variety and amount of debt Puerto Rico offered to investors. Puerto Rico was known for its large and creative bond offering.  Key to investor interest is the absence of tax liability (state, or local) associated with Puerto Rico bonds, a benefit which other US territories’ debt affords investors.

Debt and deficit financing in no small way contributed to Puerto Rico’s financial problems.  Budget disagreements surrounding annual spending and revenues fueled increasing annual deficits. In the recent past, budget spending has exceeded projections of revenue by as much as 15% annually.

Until 2006 a deep and cheap source of funding for Puerto Rico government programs and projects was Section 936 financing.  IRS Section 936 allowed mainland manufacturers operating in Puerto Rico to invest profits in qualified local economic development activity, trading off a reduction in the tollgate repatriation tax for the period of time profits were invested in Puerto Rico. The Commonwealth’s funding of projects and operations was, therefore, not the challenge that existed in other states and territories.

A recent study written by Krueger, Teja and Wolfe for the Government Development Bank of Puerto Rico explains that in 2014 sixty percent of Puerto Rico’s adult population was economically idle or employed in the grey economy. Twenty-five percent of the population earned the minimum wage versus the national average of 33%.  Welfare provides qualified residents a benefit package richer than is affordable under the Puerto Rico minimum wage and, that wage is 77% of per capita income versus 28% on the US mainland. One third of Puerto Rico’s four million residents are not involved in the formal banking system, versus 8% in the other U.S. territories. Foreign and domestic investing is most often linked to government conferred tax breaks, credits and exemptions.

Puerto Rico’s Employee Retirement System has a $30 billion dollar shortfall between assets and liabilities.  In 2014 the system was projected to go broke before 2020. There are less than 5% of the assets needed to pay promised benefits.  To meet its annual retiree commitments the Commonwealth will need to add $2 billion to its annual operating budget when retirement fund assets are depleted.

The Commonwealth of Puerto Rico has limited internal capacity to address the magnitude of this issue. Absent external assistance that parses this conflict between delivering essential services and satisfying investor demands, the Puerto Rico financial situation will continue to spiral out of control and essential government services will be further compromised.  Equally important, the general economy will be undermined, further destabilizing the financial situation. There is no legal mechanism that allows Puerto Rico to avoid timely and sufficient payment of its senior debt regardless of whether the providing of essential government services are at risk.

The fifty sates share sovereignty with the federal government. Since 1937 state governments cannot declare bankruptcy.  The federal bankruptcy code does not allow it.  And, there are interpretations that suggest the contract clause of the Constitution also does not allow a state to impair its contracts.  Though the US territories are overseen by the federal government and are not sovereign, similar principles are viewed as implicit in their governance.

Municipal financial crisis (think New York City; Philadelphia, Pennsylvania; Harrisburg, Pennsylvania; etc.) were staved off because of state involvement.  However, in the instance of a state financial crisis there is no parent entity to provide assistance except for the federal government, or were it possible an organized debt restructuring process through the courts.
This reality focuses policy makers’ attention. At the federal level it is important that a state’s inability to fund debt repayment and essential government services not become a liability of the US tax payer requiring a bailout. On the other hand, investors and unions are adamantly opposed to providing states access to bankruptcy court protection. Allowing states to seek protection through the courts diminishes contract commitments made in bond offerings and pension contractual obligations.

Enter Jacob Lew, the US Treasury Secretary seeking a solution for the Puerto Rico problem.  Secretary Lew is not asking Congress to allow Puerto Rico bankruptcy protection under Chapter 9.   He seeks to provide Puerto Rico an orderly process to restructure its debt coupled to strong independent fiscal oversight over the process.

Article IV of the Constitution gives Congress the power to make all needed rules and regulations for territories.  The House Committee on Natural Resources executes this oversight responsibility on behalf of the US Congress.  Legislation can be developed which provides assistance to mediate, negotiate and devise a debt restructuring process.  But exactly how far can that legislation go before an oversight process is intrusive to government’s management of its internal affairs? Further, what does an orderly restructuring process look like that does not consider the possibility of revisiting contract commitments?

In the waning years of the great Recession, Ben Bernanke, then Chairman of the Federal Reserve Bank, suggested that states have adequate tools at their disposal to address their financial obligations.  Because states cannot be sued or declare bankruptcy, and because, they can borrow to fund operations, they should have the requisite tools to work through a problematic situation. However, it is when they reach that point when no investor will lend more because of a real fear that timely and sufficiency of repayment will not exist, that the crisis unfolds.

And, what may be the reality for states may not be true for the territories. Small populations, narrow-based economies, limited ability to share resources and high operating cost driven by geo-physical boundaries, means these jurisdictions may not have the necessary levers to stabilize their financial house in a crisis situation without external assistance.

What the Obama Administration and the House Committee on Natural Resources is now grappling with is to how best stave off an inevitable federal bail out of the Commonwealth.  Puerto Rico has indicated that there is no solution absent appropriate federal intervention, which will allow for the funding of essential government services and some reduced repayment of borrowed funds.  However, providing Puerto Rico bankruptcy protection opens the door for other states, at some subsequent time, to petition for similar relief.

In late March the House Committee released a draft proposal that does several things.  If enacted, it provides Puerto Rico an 18-month stay on bondholder action thereby allowing Puerto Rico to better understand the scope of its financial problem and explore possible solutions.  This is a non-starter for bond investors who argue that it allows Puerto Rico an opportunity to divert available revenues to other spending rather than meeting obligations under its bond agreements.

The bill also creates an Oversight Board appointed by the President and Congressional leadership to help Puerto Rico shepherd its way back to financial solvency.  The powers of this Board, however, effectively create a fourth branch of government.  The Board will have the power to over-ride and impose funding, spending, and management decisions on the governor and legislature as well as to borrow funds for purposes identified and approved by the Board.  Because of these broad powers, it can be viewed as restricting Puerto Rico’s self-governance on matters of financial management for the period the Oversight Board exists.

How the needle is thread between providing oversight assistance without impairing local governance, and ensuring investors timely and sufficient repayment of borrowed funds yet allowing for essential services to be funded, is the Puerto Rico challenge and the effort before the House Committee.  This challenge will always exist when there is a need to respond to a government’s financial crisis and a federal bailout is not an option.