On the Power of Planning for the Really, Really Long Term 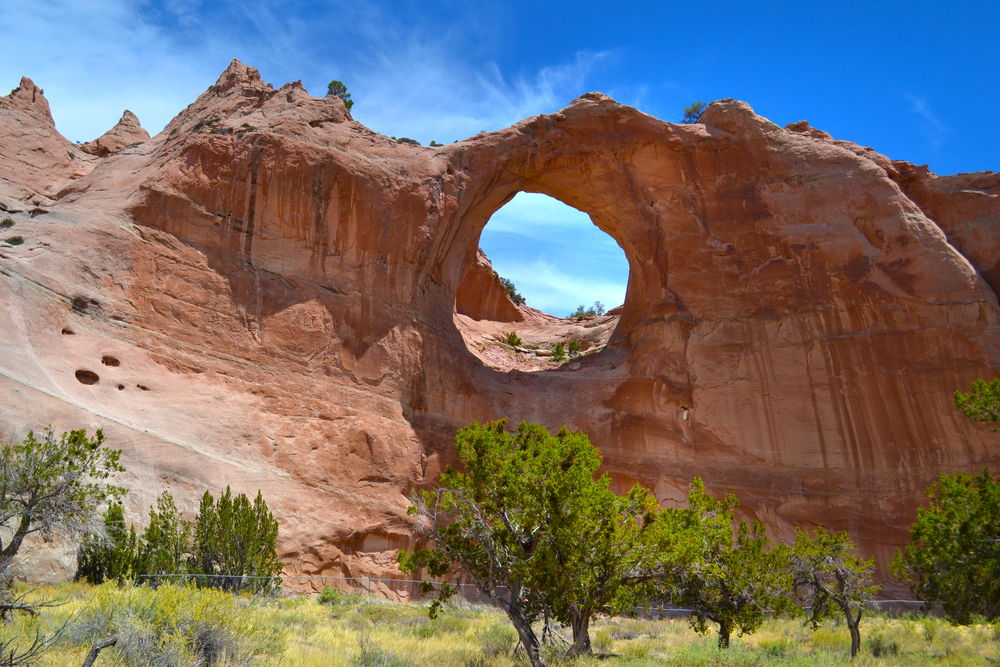 I had the remarkable good fortune years ago to work for a municipal client that had a deep and abiding conviction to long-term success and economic prosperity. Not limiting their planning horizon to the next few quarters, not even few years; they measured their responsibility in generations.

Who was that client? The Navajo Nation. And a small but courageous step that we helped them take back then has slowly, methodically marched on to become a cornerstone of the tribal economy today.

In some long-forgotten discussion with my then-boss, Justin Moorhead, we considered the parallels between one of his former clients, the State of Alaska, and mine, the Navajo Nation. One overarching parallel was the dependence of each of their economies on the extraction and depletion of natural resources. And when you think in generations, it is possible to actually envision the coal or the oil running out some day. What the State did as the original North Slope oil pipeline was approaching completion was to create the Alaska Permanent Fund through which a certain percentage of the extracted oil revenues would go into a trust fund to ensure long-term prosperity.

That idea seemed to have direct application and enormous potential for the Tribe. I suggested it to my two primary contacts at the time, Bobby White, the tribal Director of Finance and Administration, and Don Wharton (an “Anglo” like me), the Assistant Attorney General. Both embraced the idea enthusiastically.

Moving quickly, we hosted a small planning conference where our advisory team could strategize with a handful of key tribal legislators (including Tribal Chairman Peterson Zah). And we flew in a representative of the Alaska Permanent Fund to share that organization’s experience and process.

The upshot of our meeting was a decision to write legislation authorizing the set-aside of 10% of annual tribal revenues into a permanent trust fund and sharply restricting the use of those funds for an extended period of years. The point was to focus on the long term, to ensure fiscal freedom ten, twenty, a hundred years on.

As the day approached for the legislation to go before the Tribal Council, I was biting my fingernails. Would the concept seem right to these part-time lawmakers, many of whom were otherwise sheep herders or farmers or homemakers? Would they preserve intact the essential element of not touching the money for many years? Would they read (or hear read to them) the part about 10% and burst into laughter … or fits of anger?

I remember standing alone at the back of the Tribal Council chambers with most of the discussion taking place in Navajo, of which I knew only how to say Hello (yá át ééh). Every now and again a phrase for which no term existed in Navajo would pop up in English: investment banker, accrued interest … that sort of thing!

Something of a disagreement broke out on the Council floor and even spoken in Navajo I could sense that there was a problem. Damn! We were being challenged, questioned. Oh well; we had tried.

When the dust settled and I was given the scoop on the outcome, I learned not only that the legislation had passed but that the disagreement I had heard was not bad news but good. In a case of political one-upsmanship that would give a tingle of admiration to any US Congress man or woman, a fight had broken out insisting that a 10% set-aside was not enough!

All my fretting had been for naught. The legislation passed at 12% of revenues. Strict controls were put in place on the management and use of the funds. And a requirement for a full tribal referendum to alter the fund set the whole thing in concrete … or, more accurately I guess, adobe. We were in business.

Today the total assets of the Navajo Nation Permanent Trust Fund are approximately $4 billion and the income generated each year could have funded the entire tribal government when all this got started. There are dedicated sub-funds for capital and infrastructure projects, for education and scholarship, for investment incentives and land acquisition and any number of other purposes that are central to a far-sighted – and permanently thriving – economy.

“It is important for the public to know about these funds and to remind our tribal leaders that the reserves are for our grandchildren and for their children and so on.”

–  Robert Salabye, a member of the 15th Navajo Nation Council that approved the authorizing legislation of the Navajo Nation Permanent Trust Fund in 1985

Home › Forum › On the Power of Planning for the Really, Really Long Term