GVI Credit Rating: What It Means and Why It Matters 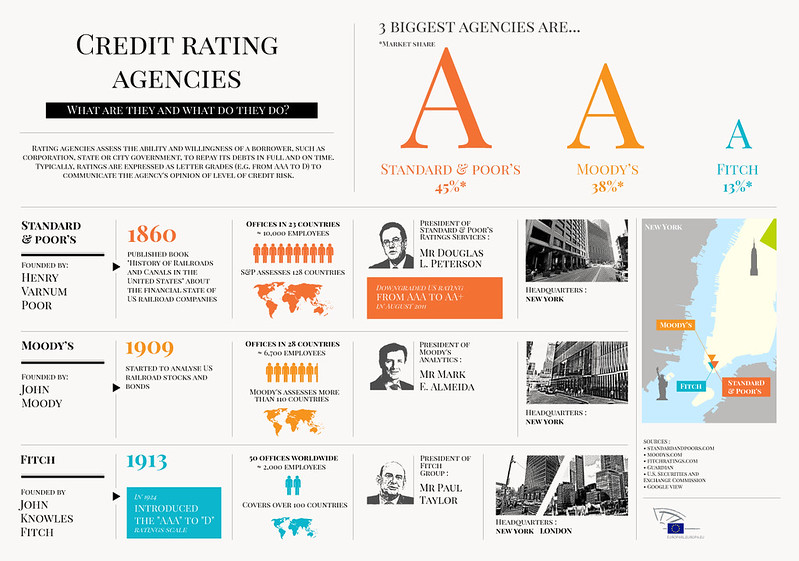 Once upon a time, a Virgin Islands Government bond issue would more likely than not be oversubscribed: meaning, investors would be competing to lend more money than the Government wanted to borrow. Enticed by good credit rating, and exemption from federal, state and local taxes on the interest, investors would sometimes pay a premium above the bond price – effectively lowering the interest rate. Nowadays, even extra inducements – such as lock boxes, special purpose vehicles and statutory liens – fail to arouse sufficient investor appetite for our debt offerings. Why did VI Government debt go from premium to pariah? The answer is in the credit ratings: specifically, the heightened risk of debt default that the ratings infer.

Ten years ago, all VI Government bonds, including those of semi-autonomous agencies, were rated investment grade by the three major credit rating agencies in the U.S. As recently as 2015, two agencies still rated PFA and WAPA debt as investment grade – ominously, one rating had slipped below the threshold. A series of rapid rating downgrades since then, has resulted in all GVI debt currently rated 19th on the 20-point scale – a nine-step rating downgrade, deep into junk debt territory. The most cited negative rating factors are: persistent operating deficits and weak liquidity, high and rising levels of government debt, a highly concentrated and fragile economy, and the burgeoning (GERS) unfunded pension liability.

Audited data from 2008 to 2018 confirm that those key rating indicators all trended in the wrong direction: primary government operated in deficit for nine of those eleven years, for a net total of $2.47 billion – an average annual deficit of $225 million; primary government long term debt almost doubled — from $1.14 billion to $2.25 billion; and total public debt, including the semi-autonomous agencies, increased 85% to $2.73 billion. Meanwhile, the value of the VI economy (its GDP) shrank 6.3% – from $4.25 billion to $3.98 billion. Rising debt and falling GDP produced increasing debt-to-GDP ratios; this influential rating indicator doubled — from 34.8% to 68.6%. In 2018, the $4.17 billion net pension liability was bigger than the VI economy – by 4.8%.

The rating downgrades tracked the financial decline; gradually, then accelerating after Congress enacted PROMESA in 2016. In six years from 2010 through 2015, GVI’s general obligation debt was downgraded two levels – from Baa1(BBB+) to Baa3 (BBB-) – but still investment grade; in the four years 2016 – 2019, it was downgraded a further nine levels to Caa3 (CCC-). PFA senior lien debt, although fortified by lock boxes and statutory liens, suffered similarly. Those credit enhancements kept its rating within investment grade territory until 2015; then that too was downgraded nine levels by 2019 – just two levels above the bottom of the rating scale. PROMESA provided the accelerant.

PROMESA provided the Government of Puerto Rico (GPR) with a bankruptcy-like debt restructuring option, which halted enforcement of legal claims of the holders of defaulted GPR bonds. Although not applicable to the Virgin Islands, that provision negatively impacted the assessment of GVI credit, as confirmed by Fitch Ratings-NY- Nov.10, 2016: “Fitch transitioned the analysis of the [USVI’s] dedicated tax [PFA] bonds to criteria applicable to local governments rather than state governments, following the passage of PROMESA. While PROMESA does not currently apply to the USVI, Fitch believes an avenue has been created for the federal government to adopt future legislation allowing for a restructuring of USVI-backed debt ….”

The other rating agencies have also transitioned their analysis; substantially diminishing the value of GVI credit enhancements, such as priority liens on dedicated tax revenues. That is why PFA senior lien debt is no longer rated above GVI general obligation debt. It also explains why the recently created Matching Fund Securitization Corporation, has pledged not to seek bankruptcy protection, were it to become available; it is key to an investment grade rating of MFSC bonds.

If successful, the MFSC will likely be the last available option to get around the GVI’s extremely poor credit rating to access the municipal bond market – there are no revenue streams remaining for dedication. Access to that market is critical because it is the primary source of funding for municipal government infrastructure projects — roads, ports, schools, hospitals, public utilities, which stimulate economic development and enable essential government services. Fortuitously, the potential harmful effects of the loss of GVI access have been massively mitigated by $7.7 billion in anticipated FEMA funding from Hurricanes Irma and Maria Disasters. Almost twice the value of the VI economy, this funding could satisfy the GVI’s infrastructure funding needs for another five years.

The GVI must use this opportunity to initiate a strategic financial and economic rehabilitation plan to repair its damaged credit, restore its investment grade rating and thereby regain credit market access. History will judge us harshly if we blow it.

Nellon Bowry
Nellon Bowry has served as Director, Office of Budget and Management for the Government of the U.S. Virgin Islands under both Governor Roy L. Schneider and Governor Kenneth Mapp.