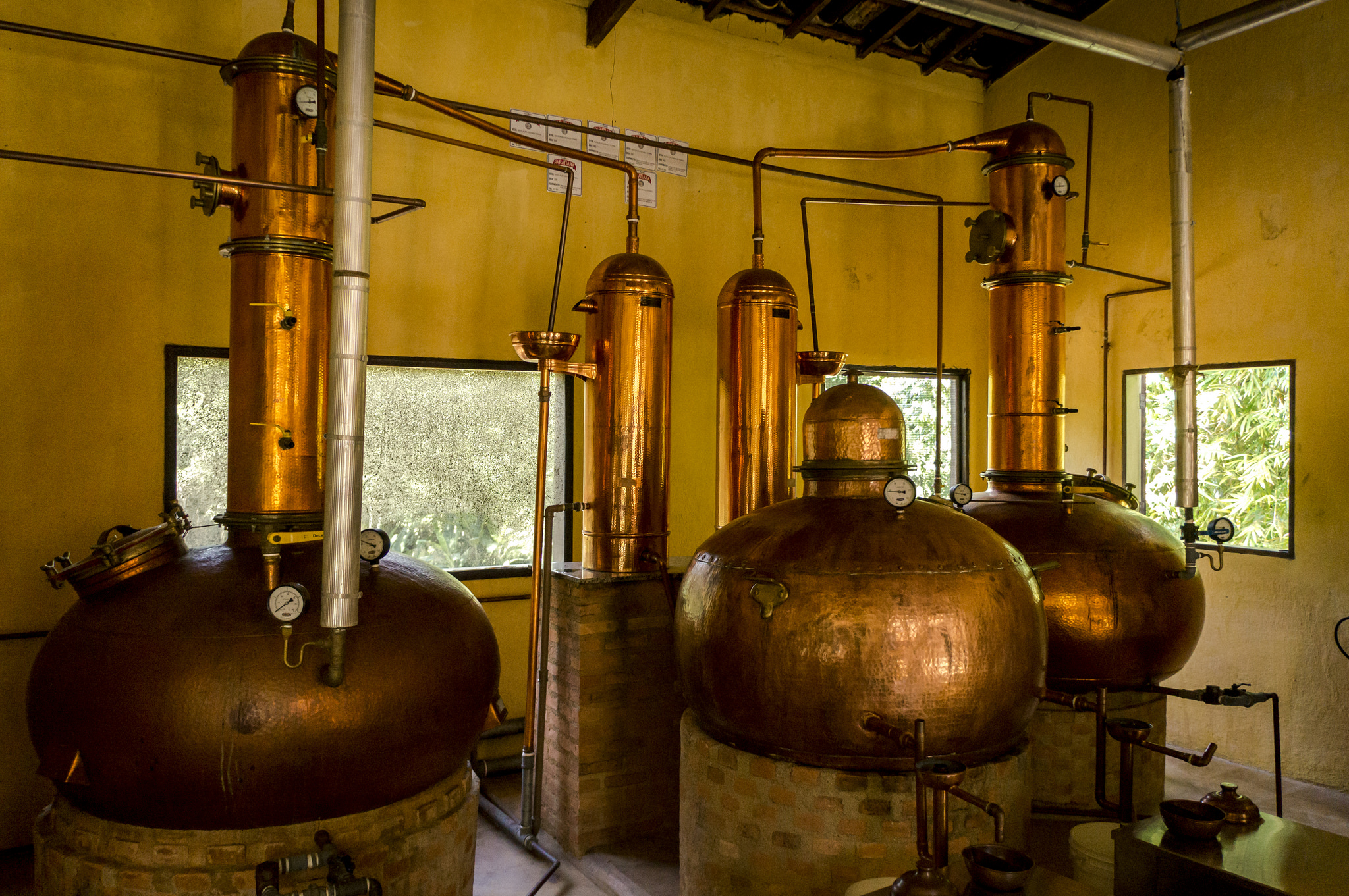 The Caribbean is synonymous with sun-soaked beaches, palm trees, moon-splashed nights, pirates and rum — all of which add to the economic vitality of the region — but in the Virgin Islands, rum production contributes an outsized return to government revenue, considering the actual capital investment in the distilleries.

Excise Tax collected on all foreign rum brought into the United States are now transferred back to the Virgin Islands and Puerto Rico. How these revenues are allocated is prescribed by a formula set by the Secretary of the Treasury in 1987.

Cuban rum sales into the U.S. market were not a factor when the Secretary of the Treasury’s Cover-Over formula was developed in 1987. Any loosening of the Cuba embargo will require revisiting how Cuban rum sales in the United States factor into that formula.

Insuring that there are sufficient revenues to pay the Virgin Islands government’s Matching Fund Bonds debt service is intrinsically linked to a successful and indigenous rum industry, robust rum sales, maintenance of our industry market share – and to our uninterrupted rum production capability.

There are two Virgin Islands distillers, Cruzan (Beam Suntory) and Captain Morgan (Diageo). Together they generated $178 million for the government’s treasury in 2015, considering only the return of the federal governments $13.25 per proof gallon Excise Tax.

This Excise Tax receipt, or Cover-Over receipts, is the Matching Fund revenue, which supports the repayment of approximately $1 billion of Virgin Islands Government debt.

Absent these, the per capita responsibility for the outstanding Matching Fund bonds, not including the cost of interest, is $9,346.

In 2008 Beam Suntory purchased Cruzan for $100 million from Pernod Ricard. In 2015 Cruzan’s 762-thousand liter case sales generated tens of millions to the VI Government providing the VI Government a double-digit return on the 2008 sale price of the company. In that same year Captain Morgan sold 5.7 million liter cases, about 22% less than the industry leader Bacardi, and a 7.5 fold increase over Cruzan’s sales.

Cover-Over receipts pay the debt service on $966 million of Matching Fund bonds. Annual debt service payments, $85.6 million in 2015, combine with subsidy and support payments to the two distillers as priority obligations for those realized revenues. What remains is available for other government spending needs.

As an aside, the government has an additional $800 million of bonded debt supported by the Territory’s Gross Receipt Tax revenues.

Bond investors characteristically require assurance of sufficiency of funds for debt repayment. Circumstances do change over time. Accordingly, the Virgin Islands has committed to using its best efforts to pledge a new source of revenues for the repayment of the outstanding Matching Fund bonds should Cover-Over receipts prove insufficient to service the outstanding debt.

Almost all Caribbean islands distill or blend some rum products for domestic and international markets. In 2015, the US market consumed 40% of the 25-million 9-liter case worldwide rum market making it the largest single market for rum consumption. Its consumers are, clearly, the focus of every rum producer.

Rum is a highly versatile product. It lends itself to use in a wide variety of mixed and blended drinks. It enjoys a distinct cache because of its identification with a region of the world where life demands seem more languid.

Rum runs the gamut in quality and in how it is produced. Unlike other spirits its production allows for variation and innovation. Labeling, on the lower end of the price point spectrum, is less indicative of the ensuing experience. Product can be relatively easily sourced from among competing distillers for well drinks and few consumers know of or request the use of a specific label in their mixed drinks. Despite these positive attributes, rum’s market share, reportedly, has declined 14 percent worldwide. The liquor industry is not insulated from shifts in consumer whimsy. Diageo reports a 6 percent decline in the sale of Captain Morgan in its recent Securities and Exchange Commission filing. Rum will, however, continue to enjoy market appeal from among its devotees and will continue to add new consumers.

Virgin Island rums will not avoid the industry vicissitudes, whether these result from changes in market demand, legal or regulatory developments, health concerns or natural disaster. These are inevitable risks, similar within sectors yet different among industries.

The Virgin Islands and Puerto Rico rum industry enjoys certain benefits, which others within the region do not. The annual federal government transfer of rum Cover-Over receipts allows the governments of both islands to provide significant subsidy support to their resident industries.

Caricom states view these transfer payments as unfair competition and a major threat to the rest of the Caribbean rum industry. The Caribbean Association of Industry and Commerce recently resurrected this concern and now requests that Caricom member states develop a unified position to address the concern of US interference in free trade.

This has critical relevance considering the building tsunami, which in the not too distant future may engulf the region and its rum industry.

Cuban rum and associated sugar production looms large. With possible support from the US agriculture industry, the US government, Cuban-American investment and sales and international marketing muscle, Cuban rum sales may well redistribute US market share and rum sales. Bacardi publicly recognizes the seeming value of a new messaging campaign that highlights rum’s production in other interesting places and where that production builds on origin.

Havana Club accounted for the sale of 4 million cases worldwide in 2015. None of that was marketed in the United States because of the embargo.

Bacardi distributes 7 million cases worldwide; Captain Morgan, 5.6 million cases; and Cruzan 0.7 million. Worldwide and US market demand for rum will not expand exponentially to accommodate the supply Cuba may soon offer to American consumers. The inevitable will be cut throat competition for market share among the leading rum brands.

Pernod Ricard is the marketing muscle behind Havana Club’s reintroduction to the US market in a post embargo world. Having forged a joint venture partnership with the Cuban government and obtained the worldwide distribution rights for Havana Club, the Wall Street Journal reports of a multi million dollar investment ongoing in warehousing and bottling anticipating the selling of Havana Club Rum in the US market.

Though Havana Club may be the largest single Cuban producer, the industry publication Food Republic estimates hundreds of small Cuban rum producers offering product running the spectrum of age, quality and price point. As an example, Ron Santiago caps its product line with an Extra Añejo Media Siglo that retails for 23,750 Cuban Pesos or $831.25 US a bottle.

In 1982, President Reagan proposed his Caribbean Basin Initiative. The CBI sought to stimulate trade, increase US company investment within the region and reduce barriers for entry into the US market. In 1983 Congress passed legislation giving the President authority to grant duty free treatment to certain Caribbean basin nations.

Over the last 10 years, that formula has, on average, annually generated an additional $8.2 million in Cover-Over receipts to the Virgin Islands Government.

Despite this revenue sharing formula for foreign manufactured rum products, the Virgin Islands is most advantaged when Cover-Over receipts are realized from domestically produced rum.

A successful, indigenous, continually producing rum industry, therefore, is vital to the health of the V.I. economy and eliminates the need to even think about having to identify a possible alternative government revenues source for servicing the V.I. debt on Matching Fund bonds.