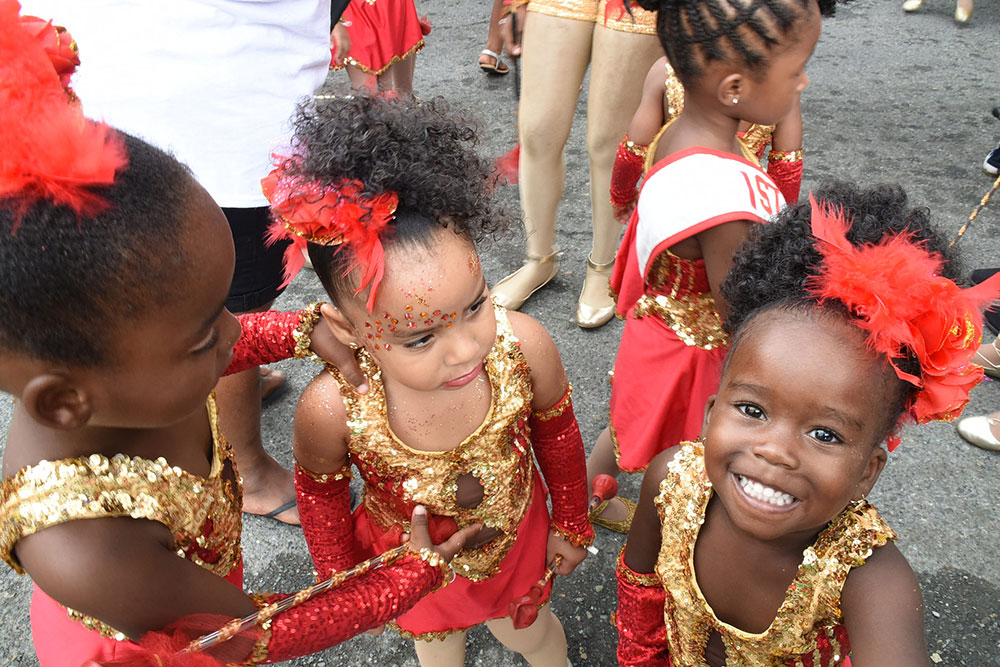 Though its impact is often overlooked, a community’s culture plays a vital role in the area’s survival and prosperity. In fact, while initiatives to preserve and celebrate a community’s culture may seem to some a niche concern or a matter of secondary importance, these efforts help to strengthen a core aspect of community.

The Virgin Islands past and present offers a valuable lesson in the importance of culture to a community faced with hardship. As the islands continue to struggle following 2017’s hurricanes Maria and Irma, it is worth looking to the past to see the important role the islands’ culture may still play in its recovery.

In 1989, the islands and their communities faced a somewhat similar catastrophe in the form of Hurricane Hugo: the islands suffered extensive damage, effectively shutting down the local economy and threatening to bring daily life to a halt.

In her Smithsonian article, “In the Heart of the Storm: The Resilience of Culture,” Olivia Cadaval notes these parallels, describing the “odd reverberations” she felt between the islands’ current plight and the one it faced following Hugo.

If the plight of the U.S. Virgin Islands today has similarities to its past, she notes, there is also a cause for hope. For instance, a little more than three months after Hurricane Hugo community planners decided that the Three Kings Day Parade—a cultural tradition on St. Croix—would go ahead despite the damage: “more than ever,” Cadaval writes, “the people of the Virgin Islands needed a cultural event to raise their spirits…. It is particularly in times of disaster that people turn to culture not only for solace but for survival.”

Indeed, a similar decision was made in the aftermath of Hurricanes Irma and Maria.

It is easy to overlook the weight of such a decision, as well as the value of its success. Amid recovery and rebuilding efforts, it was this tradition of the Three King’s Day Parade that contributed in no small part to help pull the community back together and achieve a degree of healing.

This celebration was not a distraction from hardship, but a means to respond and move forward. Cadaval notes that Hurricane Hugo heavily influenced the festivities, pointing to the Calypso songs written in response to Hugo and performed during the parade and after as a key expression of the islands’ culture of resilience, and a promise of the community’s continued survival. From this, we can conclude that the parade, the music, and the opportunity for the public to vent their emotions provided the community a catharsis to move beyond the storm’s destruction.

Per Cadaval, this show of resilience demonstrates that “when disaster strikes, whether natural, social, political, or economic, communities often turn to shared cultural resources.” And that “Stories, experiences, and traditional skills [inspire] us to overcome obstacles and help our communities regain their footing.”

This insight is not specific to the Virgin Islands. In a report published following the 2015 World Conference on Disaster Risk Reduction, UNESCO echoes Cadaval’s conclusion on the role of culture in disaster recovery, stating, “cultural heritage can be a powerful catalyst for engaging with local people, bringing them together and enhancing their sense of ownership of the recovery and reconstruction process.”

There are potential economic benefits as well to cultural resiliency. UNESCO’s report notes, “…the protection of cultural heritage can support a fast recovery through income generated in the informal sector and tourism activities.” While disaster may damage a community’s economy and infrastructure, a strong cultural heritage and sense of identity may offer a means to jumpstart a recovering community.

If culture, heritage, and identity can help preserve a community in the face of disaster, it may also sustain a community suffering from comparatively slow-moving economic hardship as well. When a community faces a loss of industry, a recession, or otherwise becomes less economically competitive, its history, heritage, and cultural resources may provide a roadmap as to how a financially troubled community may begin to reinvent itself.

In her article “Apolda: on the Road to Resilience Through Cultural Heritage and Industry” Heritage Times contributor Marita describes just such a situation with the struggling German town of Apolda. Once “a centre of high-skilled manufacturing,” she writes Apolda has since fallen on hard times as jobs move and the economy changes.

While some may see Apolda’s past as a reminder of a long-gone golden age, however, community members are looking to this heritage in order to remake and renew the town. Despite vacancies and population loss, or perhaps in response to these issues, the community seeks to preserve, uphold, and showcase its history; in fact, this history is one of the remaining glues binding the post-industrial town together.

Today, Marita observes, Italian-style villas from Apolda’s past now serve as homes to arts organizations. The organization Kunsthaus Apolda Avantgarde, for example, both celebrates the town’s heritage and provides it a tourism avenue into the future with no small degree of success: today, the institution attracts upwards of 20,000 visitors a year.

The Apolda Avantgarde is not a fluke example, either. Marita describes how another group, inspired by the town’s rich textile history, have restored an abandoned textile factory in order to offer arts space for textile artists and other visiting artists from around Germany. This initiative has achieved some degree of success: in 2015, a year after the repurposed factory opened, it won a national award for innovation.

Apolda is hardly unique in its economic troubles—one need only look to the American “Rust Belt” to find towns in similar dire straits—and because the history of these towns are rich and interesting, these towns are in the process of reinventing themselves as a cultural hub consistent with their own cultural narrative and heritage.

Culture and heritage may be an intrinsic quality of a community, but it nevertheless requires thoughtful attention and careful planning for community members to best put it to use. To this end, the American Planning Association has published a briefing paper to provide insight into the work required to identify, preserve, and build a community’s cultural resources.

Importantly, the paper notes that while each community may enjoy a “unique meaning, value, and character,” it is nonetheless vital that communities recognize that culture is not a static resource, but something that requires “local decision making, planning processes, policies, and regulations” for support. This support is vital if that heritage is to guide and sustain a community through future hardship.

For support of this notion, we can look to a recent interview in the National Endowment for the Arts Magazine that describes how local support and involvement has gone a long way to help New Orleans experience a renaissance as a cultural destination and a vibrant community..

Led by the National Coalition for Arts Preparedness and Emergency Response, organizers from the Islands and abroad are actively working to ensure the availability of disaster assistance to provide for and restore the Islands’ cultural resources alongside infrastructure and economy.

If history is any indication, this work is not of secondary importance; Its impact will reverberate far beyond the individuals, institutions, and spaces receiving the aid.

Culture can sustain and preserve a community in times of hardship and efforts must be made to safeguard and support that resource.