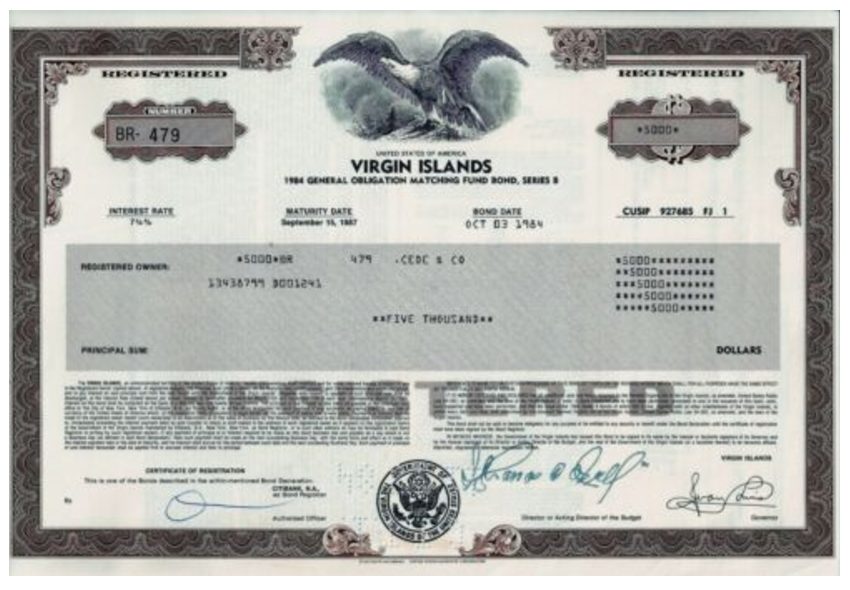 Bridging the funding gap between what Congressional Democrats and Republicans are willing to appropriate to support President-Elect Biden’s domestic programs will not be easy. Mr. Biden promises to commit significant dollars to COVID-19 pandemic stimulus, climate change mitigation and infrastructure renewal. Proximate to the heart of all three initiatives is job creation.

Two municipal finance tools, if reauthorized by Congress, could  prove useful to bridge this gap and allow spending at the state and local government level to support that agenda. Both were productively used to address economic stimulus in the throes of the Great Recession. Both allowed the funding of new spending that sustained or created opportunity for employment. Both can be useful to the Virgin Islands to fund projects or initiatives not now affordable.

The first is the advance refunding of municipal tax-exempt debt using tax exempt bonds. This was eliminated as a financing tool in 2017 as part of the Tax Cuts and Jobs Act.

Advanced refunding allows new bonds to be issued without regard to the redemption date of the older bonds. The proceeds from the new bonds are invested until the old debt can be legally paid off. The act of investing sufficient funds to pay off old bonds extinguishes any legal obligations associated with the old bonds.

In this economic environment where the interest cost on new bonds is considerably less than those of the old bonds, advance refunding takes advantage of the low borrowing cost environment and generates significant savings for the municipal entity refunding the bonds. Savings realized can then be redirected to address  COVID-19 related expenditures as well as support the President-Elect climate and infrastructure renewal agenda with a lesser need for providing federal grants or subsidies.

The “Investing in Our Communities Act”, a bipartisan House of Representatives measure,  proposes to reinstate advance refunding of tax-exempt debt to make it easier and less costly for municipal governments to borrow.  An Op Ed article in the Florida Daily written by R.J. Lehmann, a resident fellow at R Street, a non-partisan, conservative and libertarian Washington DC think-tank, supports reauthorizing the use of advance refunding.  He notes that $91 billion of these bonds were issued by municipal government entities in 2016, the year before this financing technique was eliminated.

The second is the Build America Bond program introduced as a financing tools by the 2009 American Recovery and Reinvestment Act. This program expired in December of 2010. It was successfully used by local governments to finance construction projects and created or sustained employment. These taxable municipal bonds benefited from federal tax credits made available to bond investors or interest cost subsidies paid to local governments who chose to issues these bonds.

Similar to advanced refunding there is support in both Houses of Congress to reauthorize Build America Bonds. The Securities Industry and Financial Markets Association also advocates using these bonds to“…close the infrastructure financing gap stemming from COVID-19 at both the state and local government level”.

The Virgin Islands Government would be prudent to plan for the possibility that either or both of these financing tools become available.

Advanced refunding, done correctly, will substantially reduce the cost of the $2 billion plus high interest cost bonds outstanding. Positioning  the Public Finance Authority so that it is able to complete an advance refunding, should this financing tool be reauthorized, is prudent. Regardless, the Authority should regain access to the bond market. Accomplishing this  necessitate ensuring that the disclosure information investors require is available and that government operations and finances are appropriately transparent to rating services and investors.

Build America Bonds backed by revenue receipts and subsidized by the federal government can allow economically productive projects to move forward.  Undoubtedly the amount of these bonds a jurisdiction will be allowed to issue, given the associated federal subsidy, will be limited. If reauthorized, Build America Bonds would be a significant financing vehicle  alongside other project financing techniques. An important  criterion for determining how these bonds are used should be the long term economic multiplier the particular project contributes to the Virgin Islands economy and community.